Originally specced for Xanita Plus (XCore with 3mm MDF veneers), it became apparent from the design that this job was more suited to Xanita board with a slatted rib bulkhead designed to be hung off a Metal channel or M-track which carries all the lighting. 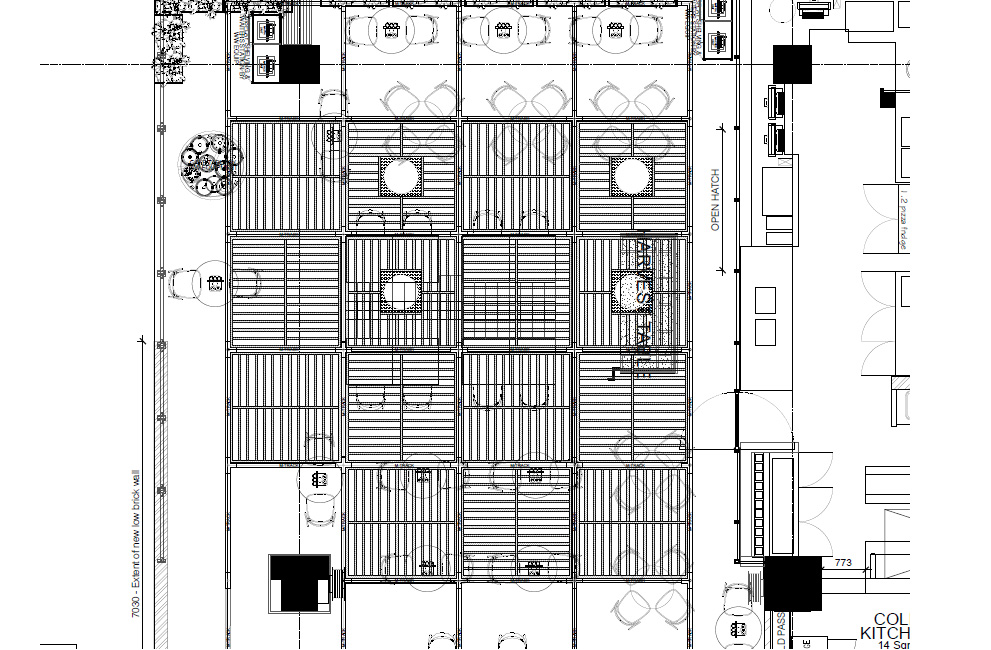 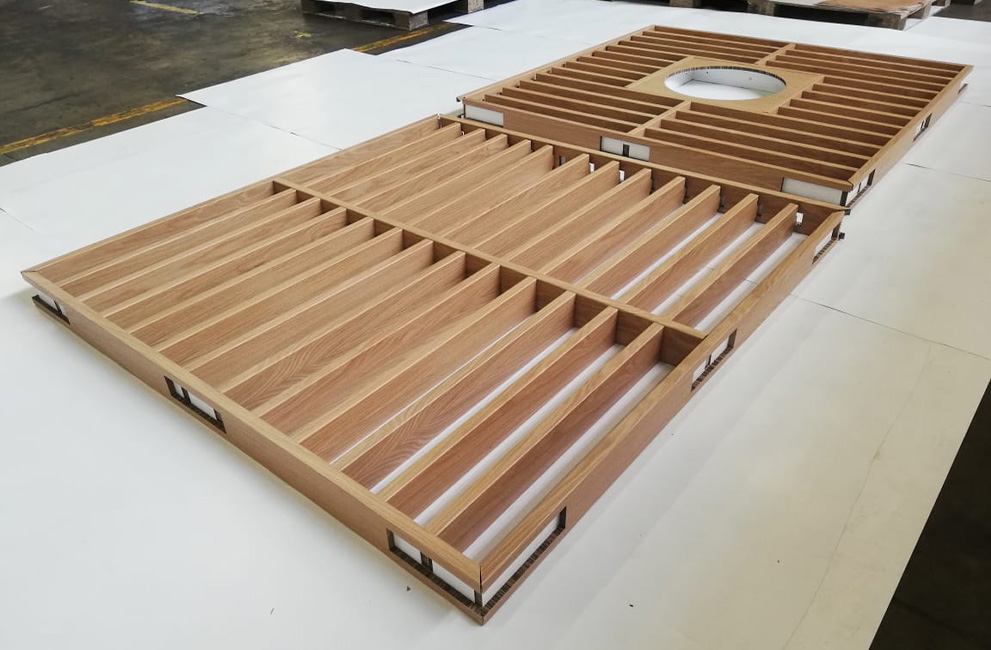 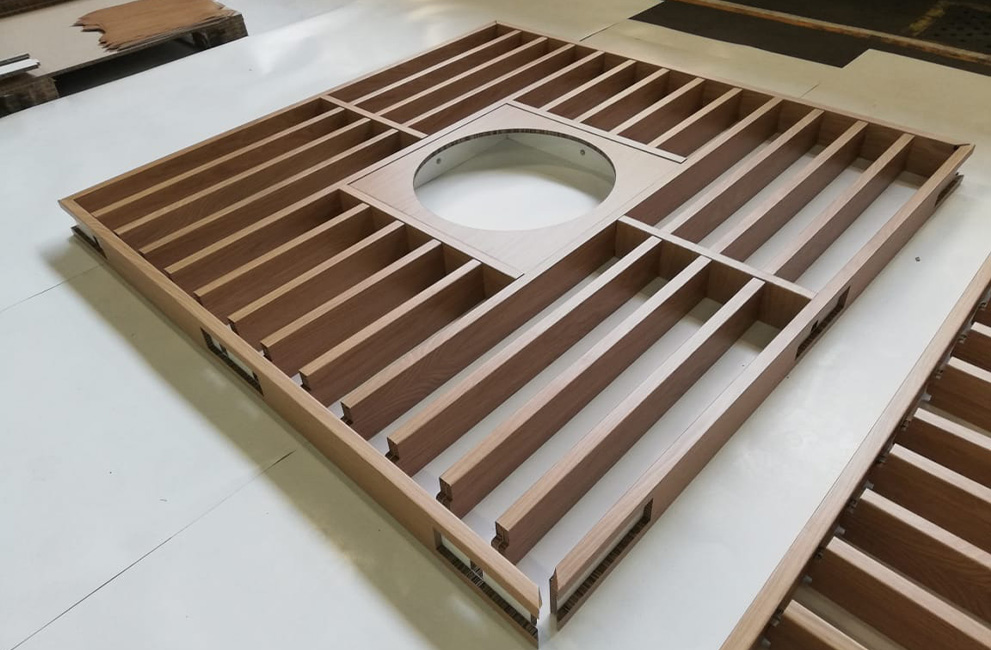 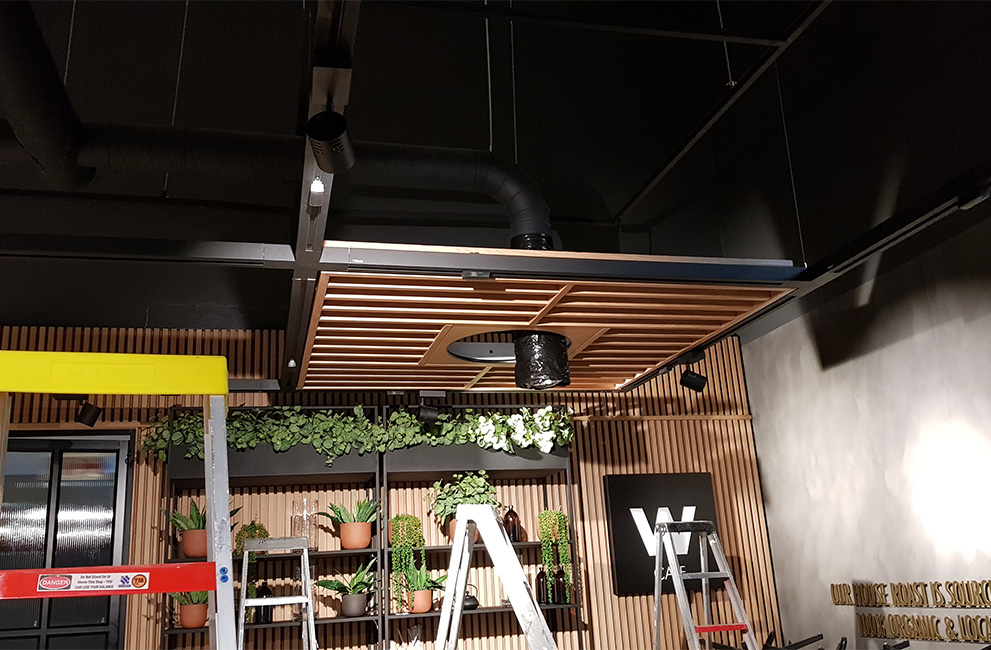 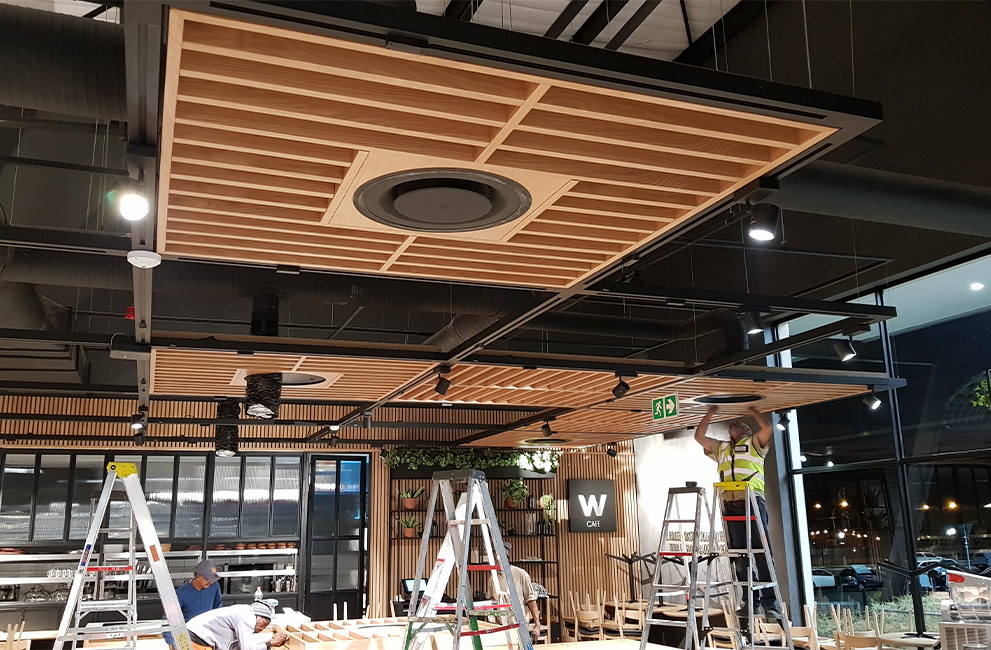 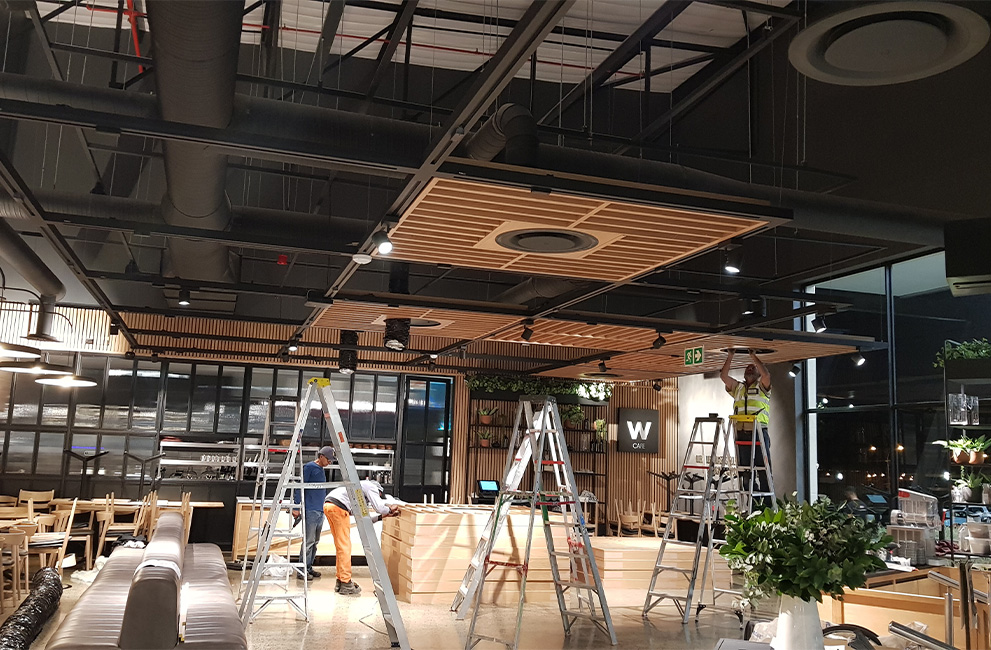 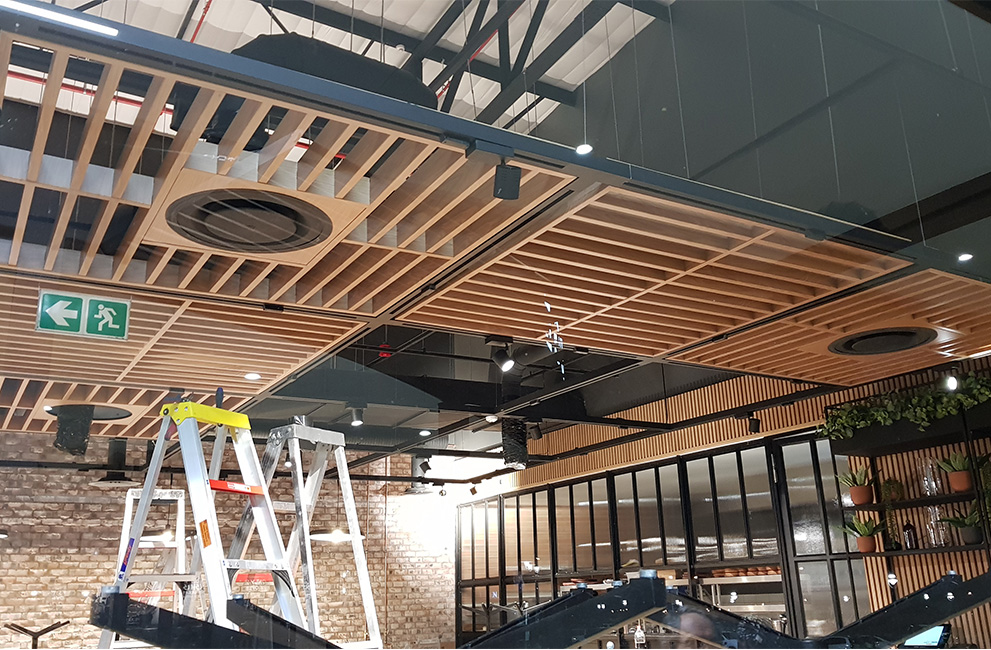 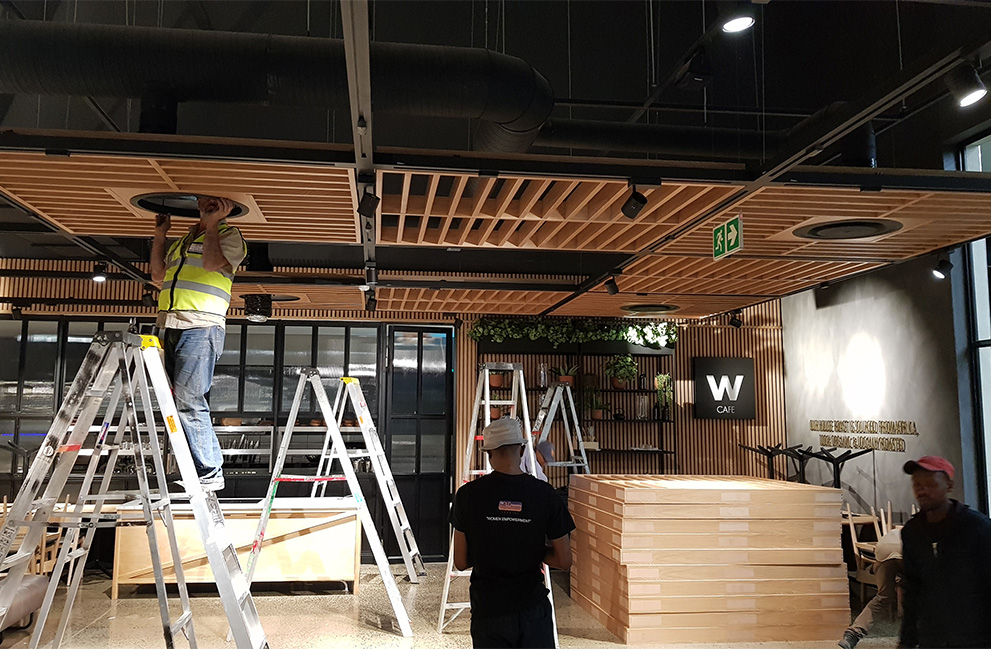 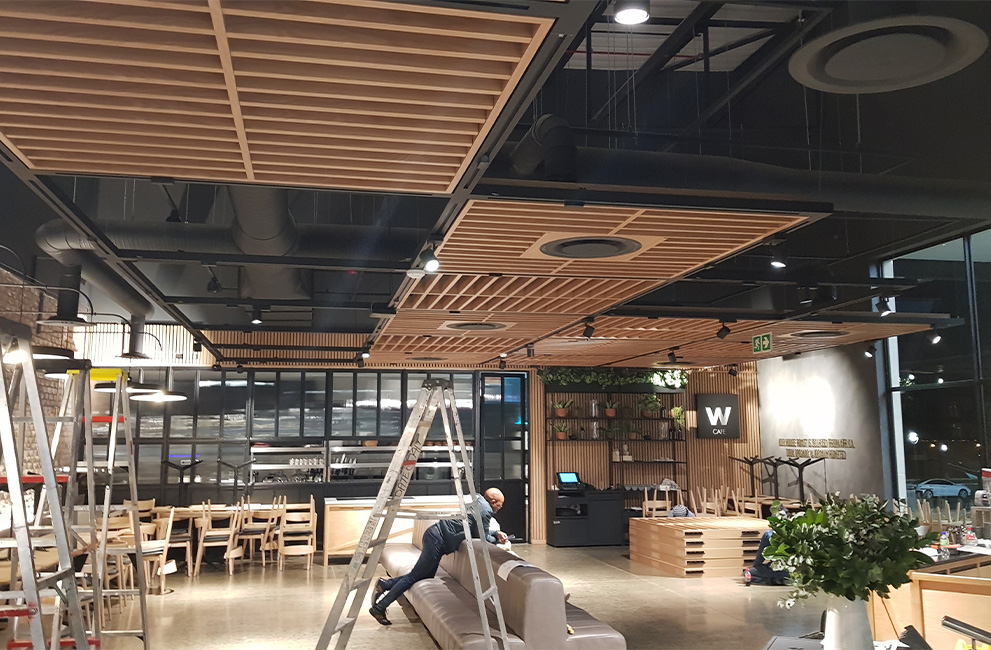 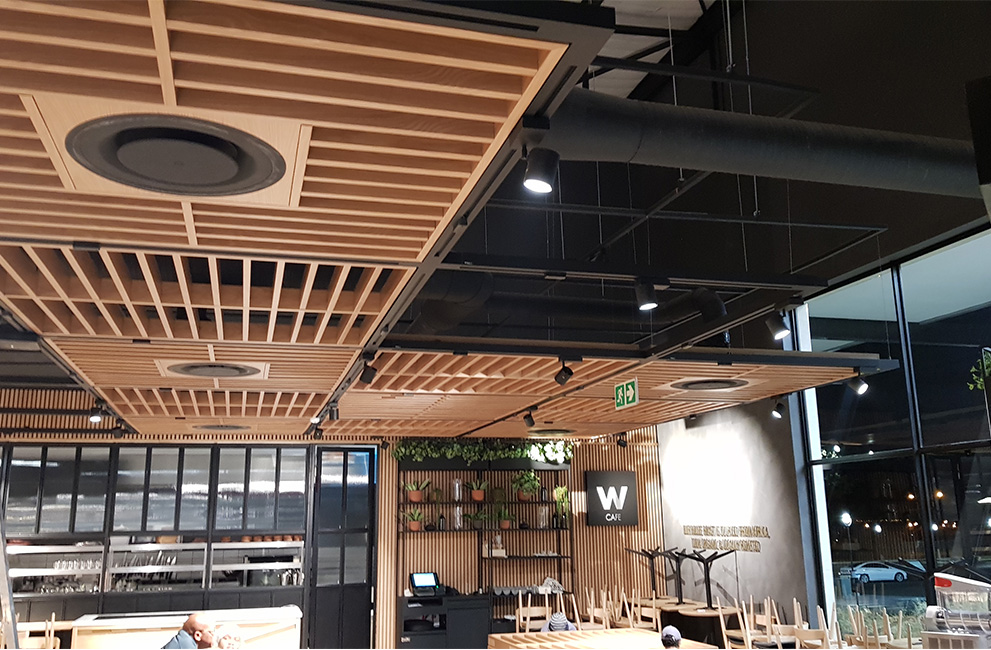 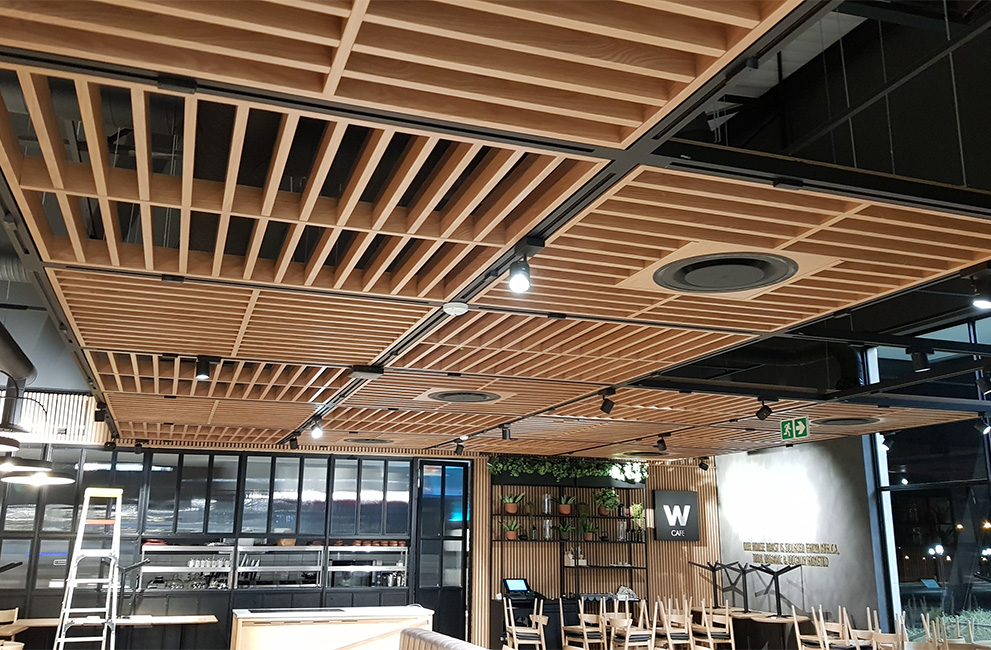 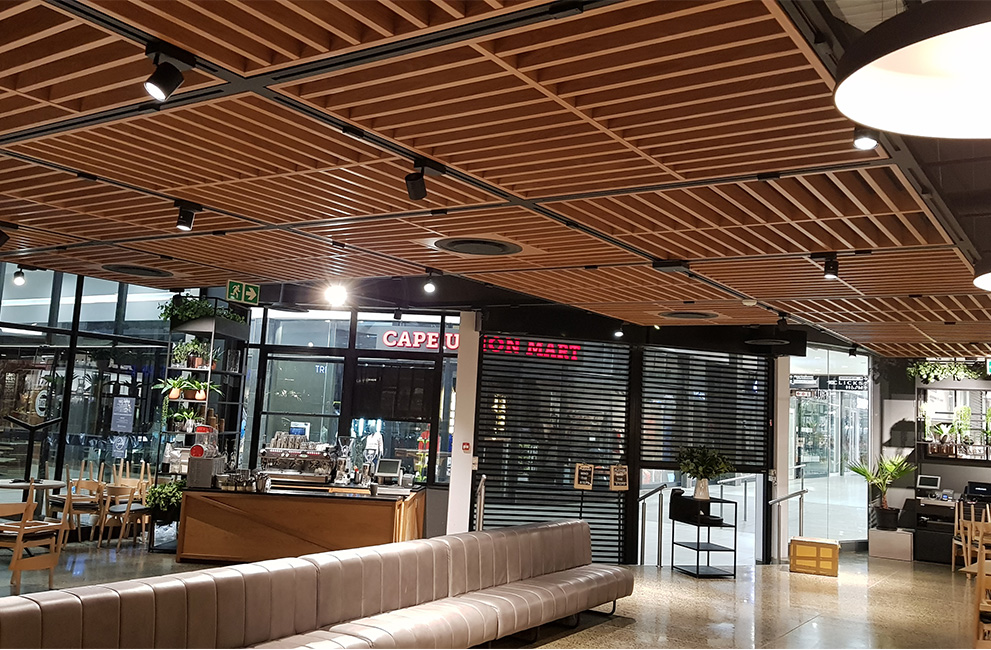 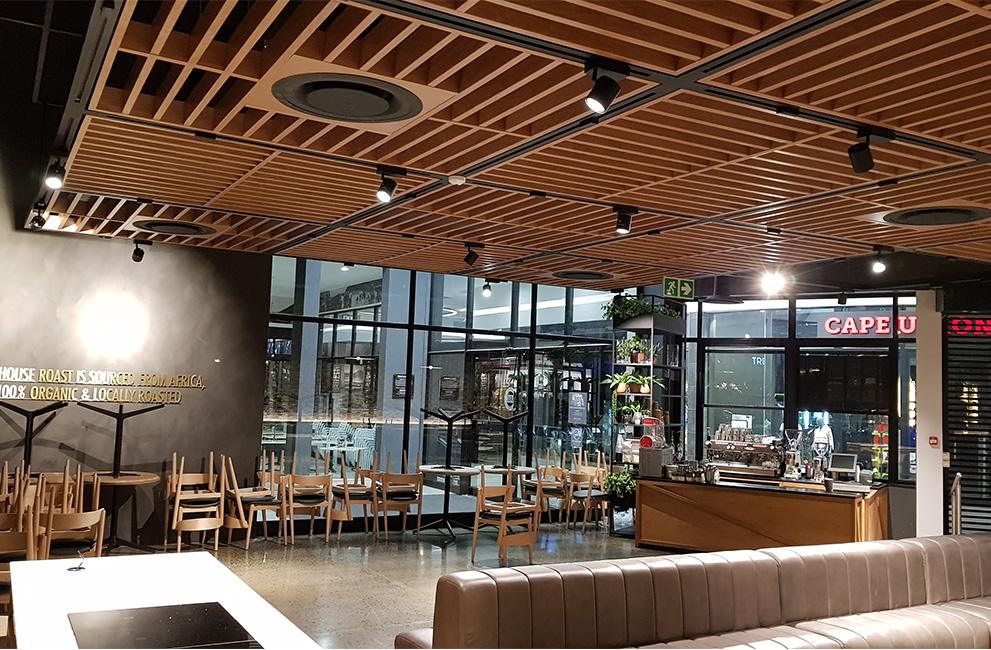 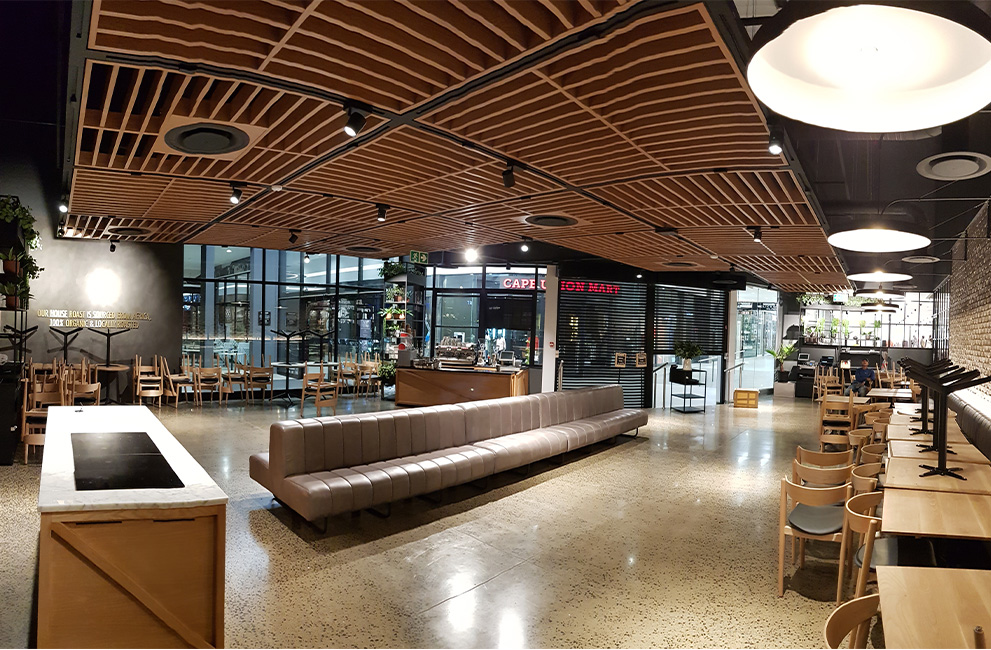 We approached Woolworths to consider using Xanita as a solution in their stores as their ethos is advertised as sustainable and our product is so suited for that.

Subsequent to that conversation, we were provided drawings of the Northridge Mall store in Bloemfontein as a trial store to using our material in their Cafes.

Our solution was to use Xanita Print printed in an oak finish as was specified. The job was made up of 18 modules each 1910mm x 1910mm x 125mm (each module weighing just over 18Kg. If these modules were to be made out of MDF, they would weigh just over 120Kg. That means that over the entire area of 65sqm we added only 324kg as opposed to 2160Kg. That would have required a significant upgrade to the suspension structure.

We decided to fully assemble the modules in the factory and ship them up to site to save on installation time.

On site all we had to do was to fix the metal hanging brackets and raise the units into place. This took only 4 guys with 4 ladders around 4 hours to do the entire store. No cutting, no sawing, no gluing, no noise and no clean up after required. We got the modules delivered right to the entrance of the store, so carrying in was swift as well. The Ops Manager of the store very kindly arranged to have all the tables and chairs moved to the sides of the store, so we also didn’t have to prepare the environment. The entire installation team was in bed before midnight.