Design a 10x20ft booth from scratch, produce it in Cape Town and deliver it to the event forwarding warehouse in Chicago. All within budget and in less than 30 days.

Putting our experience to work we opted for a clean minimal design, that would not only look good, but also use minimal material and be relatively simple to set up. We designed to maximise impact and floorspace, but also allow for compact packing for shipping. 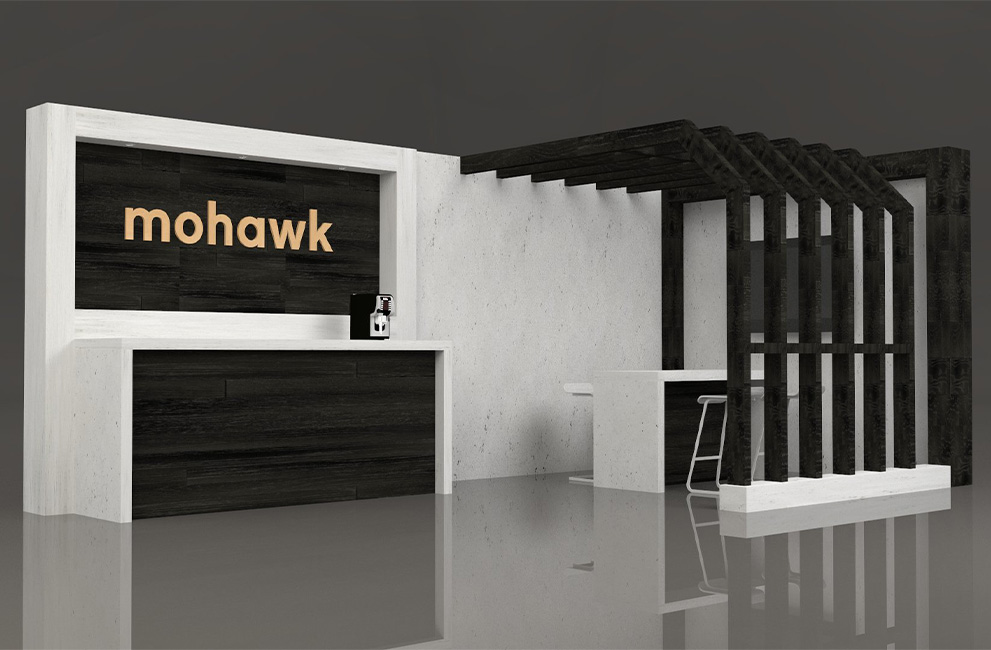 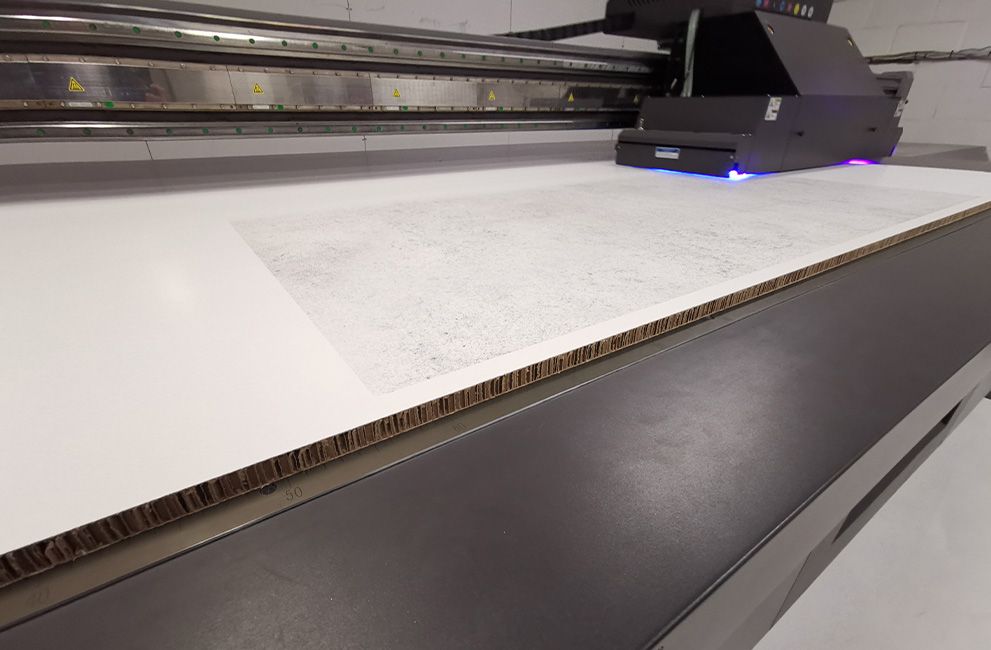 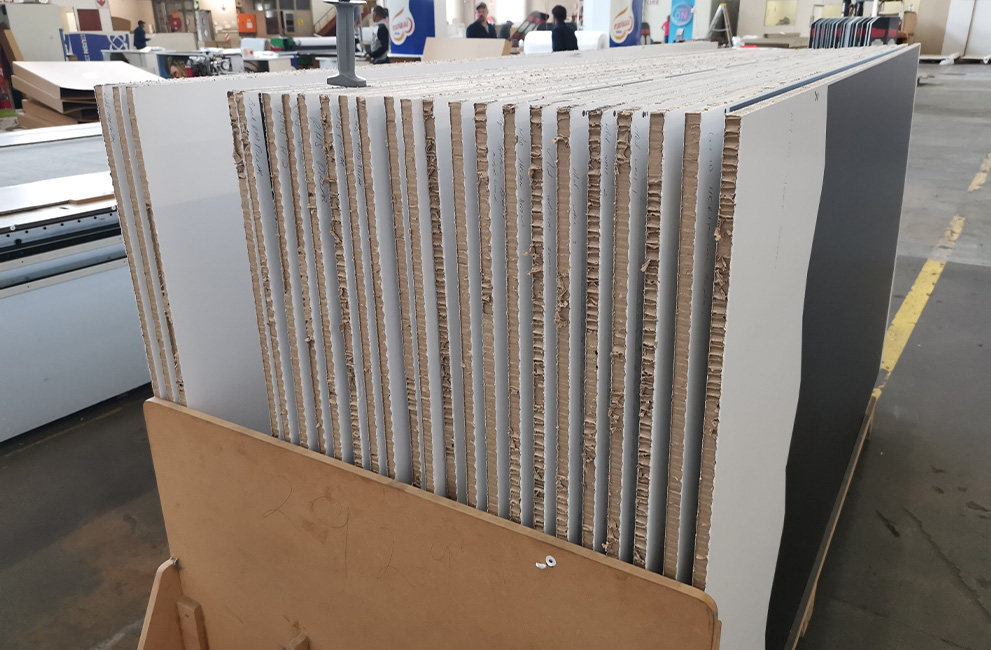 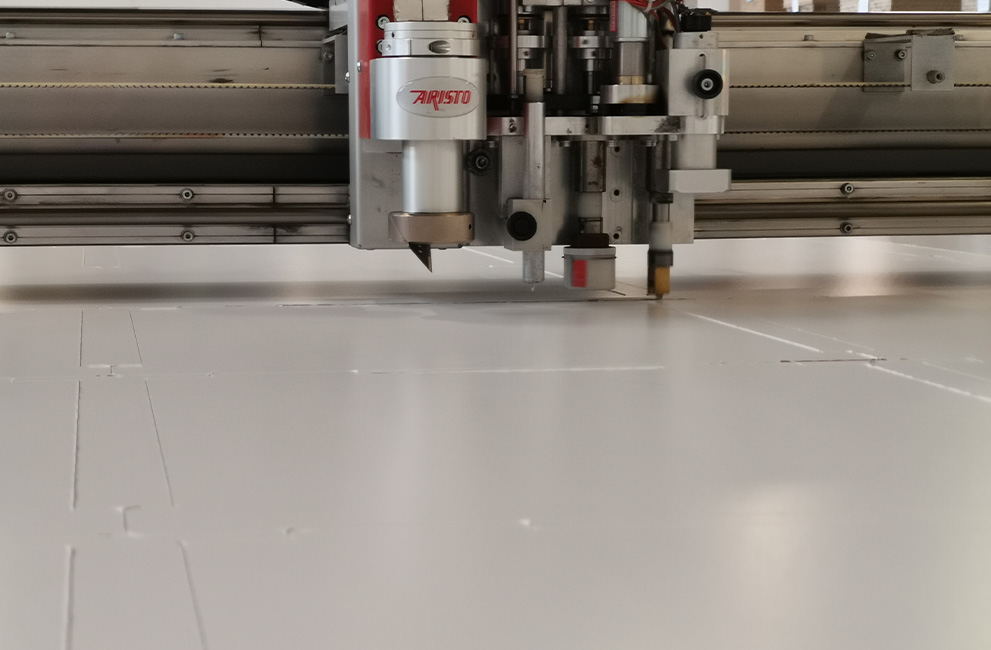 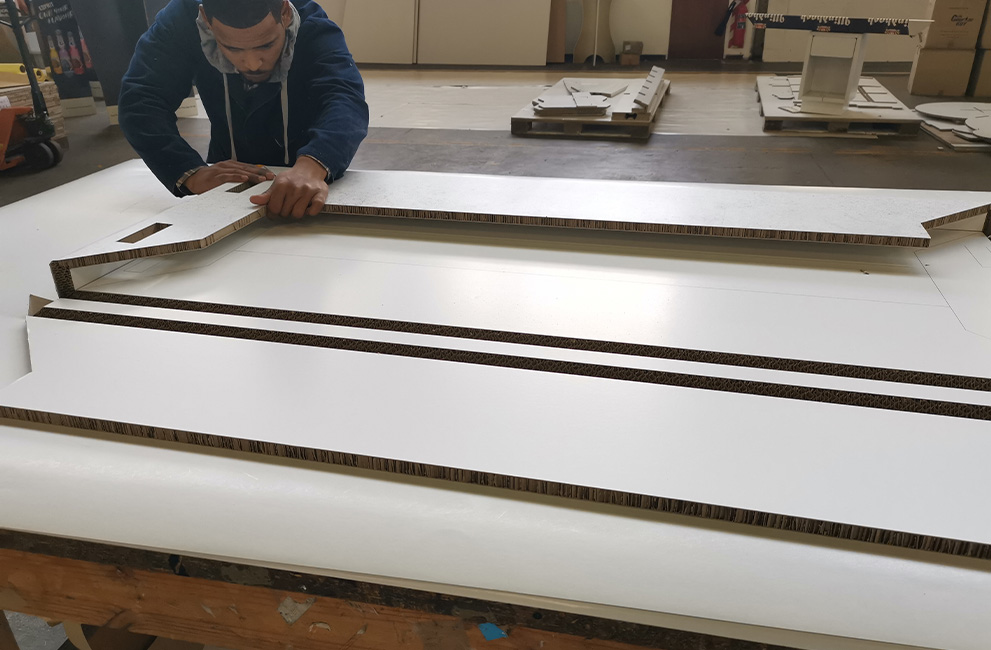 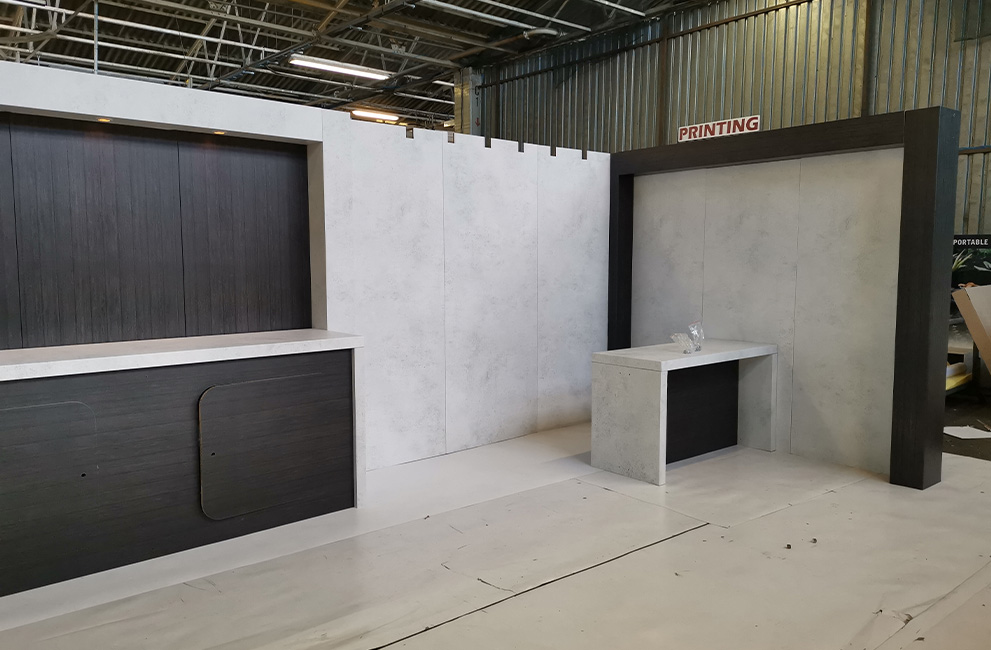 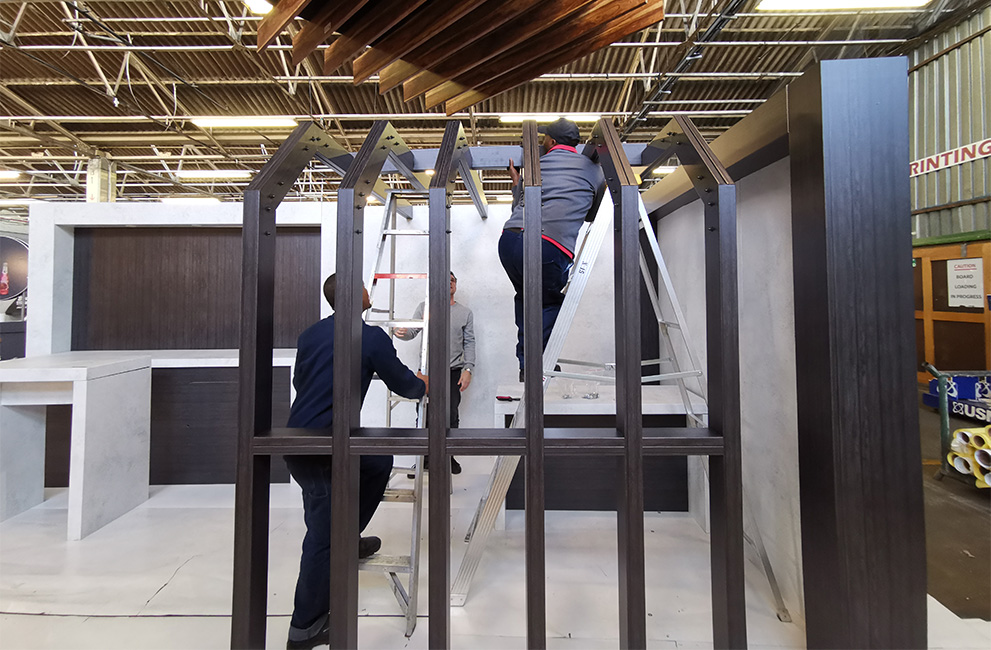 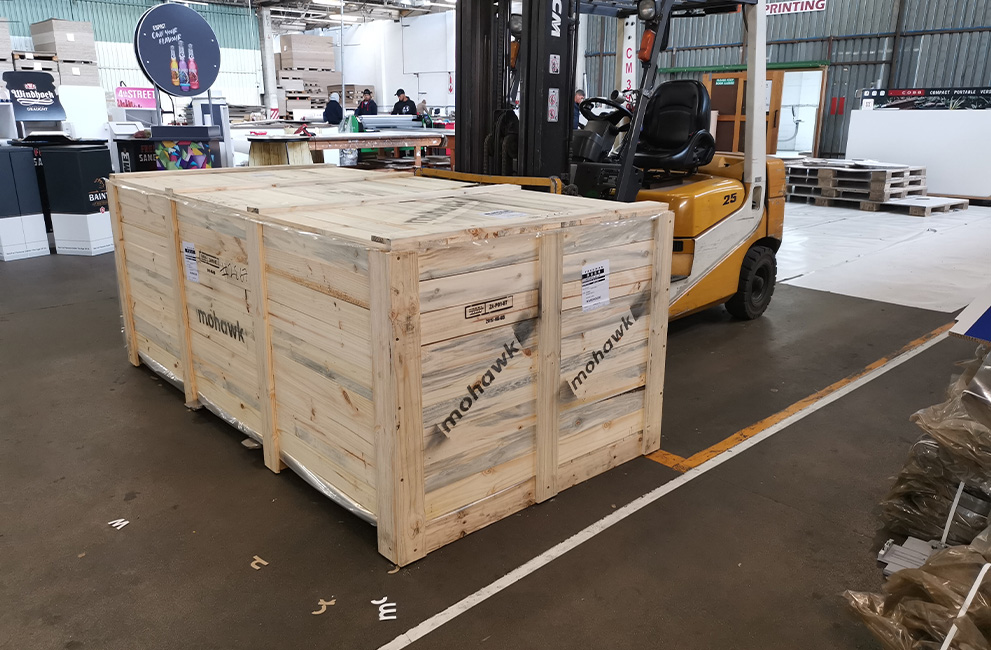 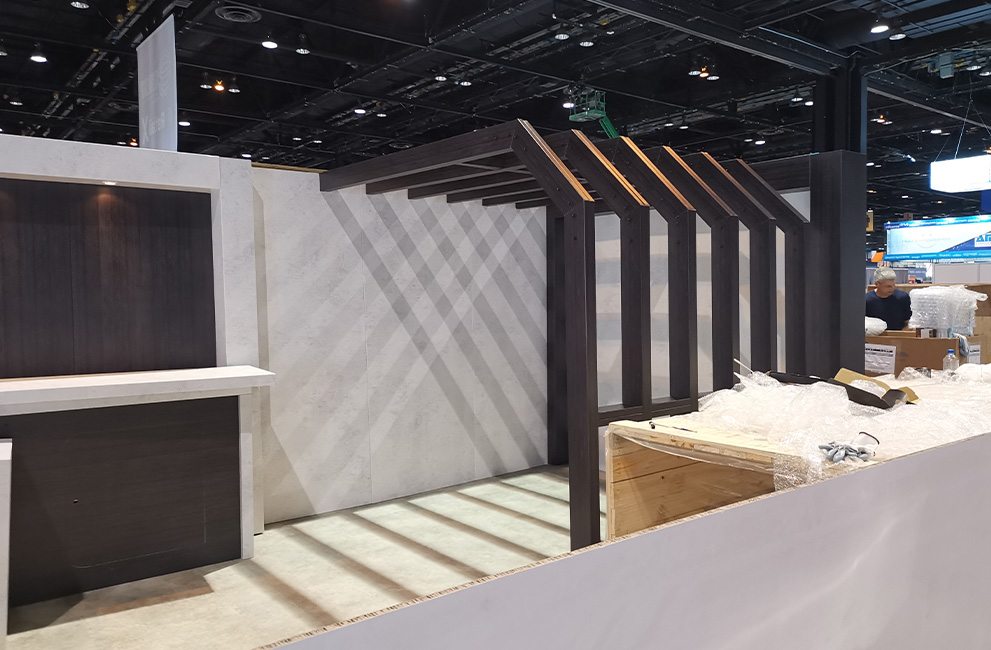 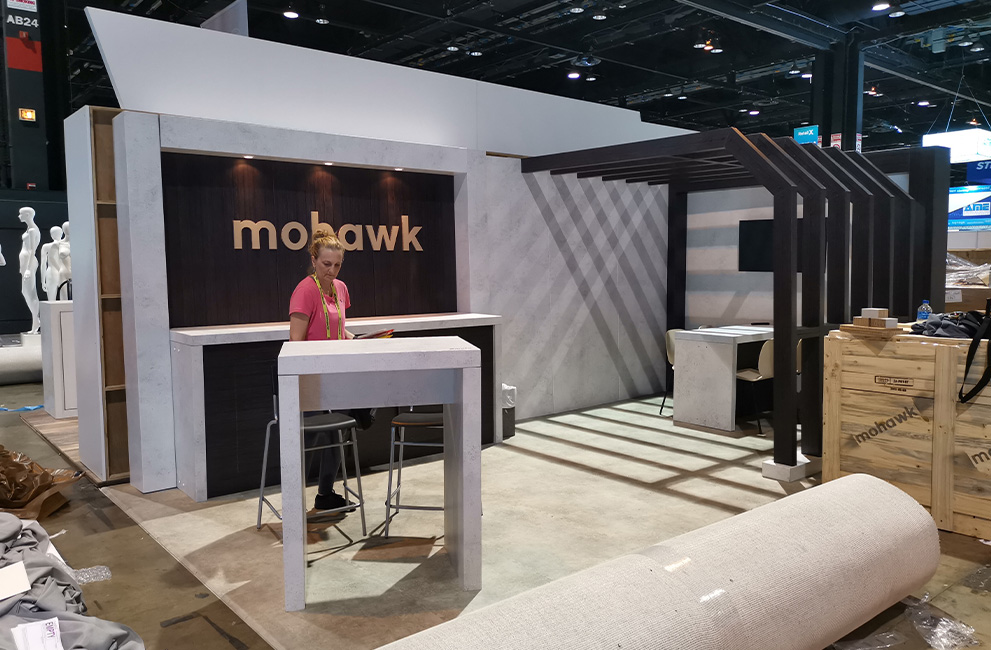 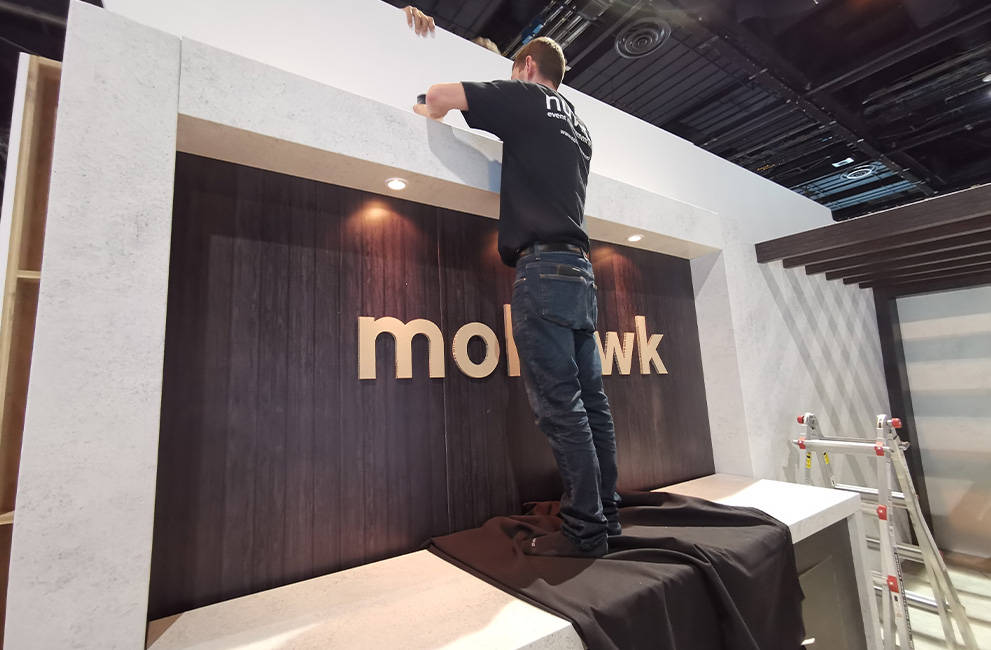 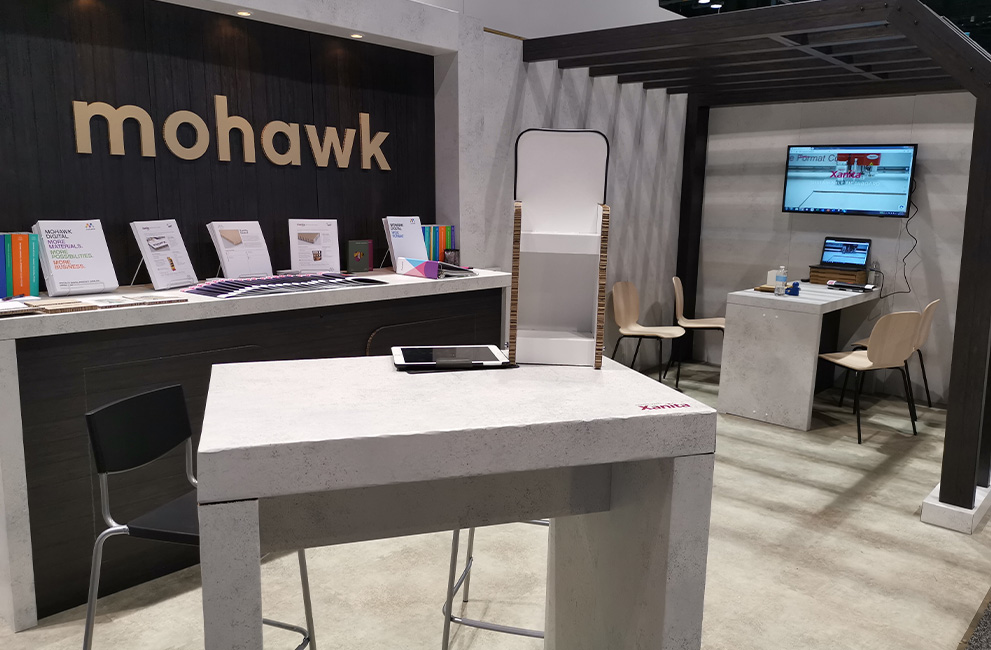 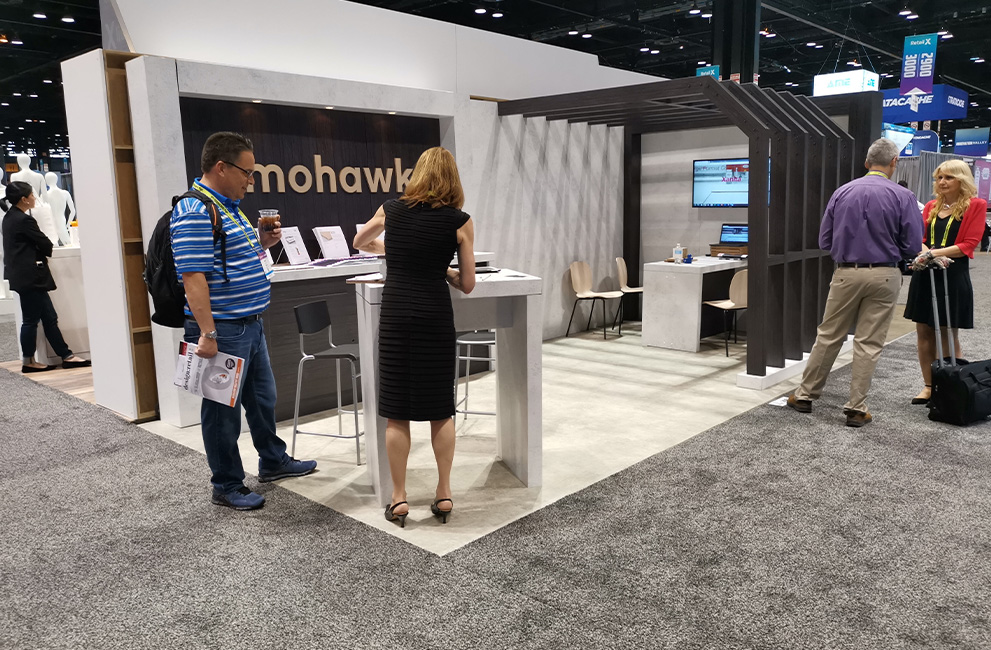 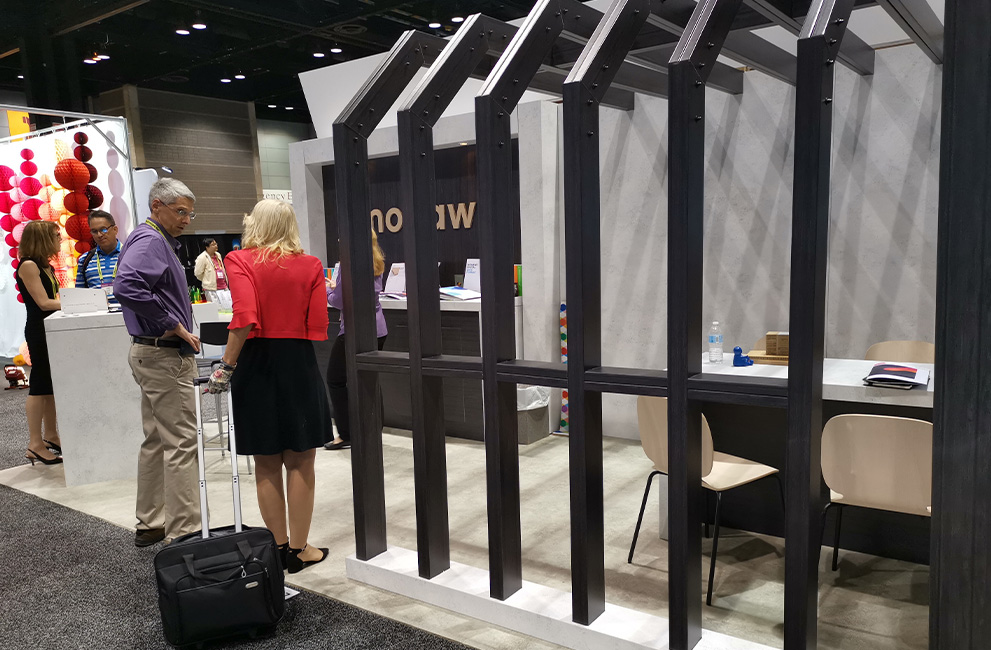 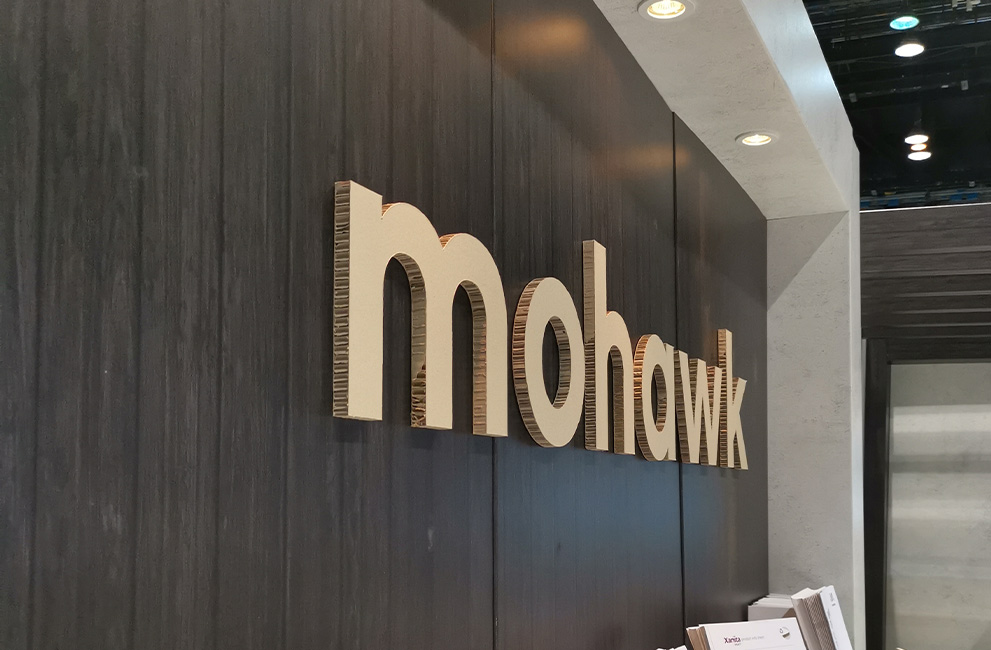 You would think that a discussion about changing course on the project at 11pm on a Saturday night less than a month before the delivery deadline would stop it right in its tracks. Especially since the discussion was was to produce a booth in Cape Town and then ship it halfway around the world, all within a deadline less than a month away.

Our ability to adapt and change on the fly has become almost second nature and necessary in our line of work. Even though we had a complete production ready design, it was not ideal for the new proposal. Using a lot of board, complicated to produce, more complicated to assemble and now needing to fit in a crate with a height restriction of 1500mm (59in), was not an impossible task, but not worth the sleepless nights either. To sell this to our production team during the month end rush, we realized a more streamlined design was needed.

So to make the challenge more interesting we opted to re-design the booth from the ground up. The criteria, use less material, be easier to setup, have a significantly lower overall cost, all without sacrificing production value. By Monday Mohawk was onboard with the re-design and by Tuesday we had the green light on the new design and got to work on the cut-files & DTP.

From there on out the production was so buttery smooth, it was routine, almost boring, I’m spending more time thinking of adjectives to describe the production than the actual production itself. It was anticlimactic, what was billed as this rabbit out of the hat, save the day job, was crushed so hard and emphatically by our production team that if you blinked you would have missed it.

The was in and out in a flash, printing was done in a morning, cutting thrown in, between other jobs, done the same day. De-weeding and gluing took the longest and we only had one guy on that. The test build and packing would’ve been done on the same day, but crate only arrived late afternoon, so that was left till the following morning.

So how long did it take? The production team probably spent about 5 days on the booth only paying it enough attention to get it through without disrupting the month end jobs. All in, from where we picked things up – concept to out the factory door – less than 16 days, weekends included.

It’s almost as if this was just another day at the office for the team.

Thing is, it was…